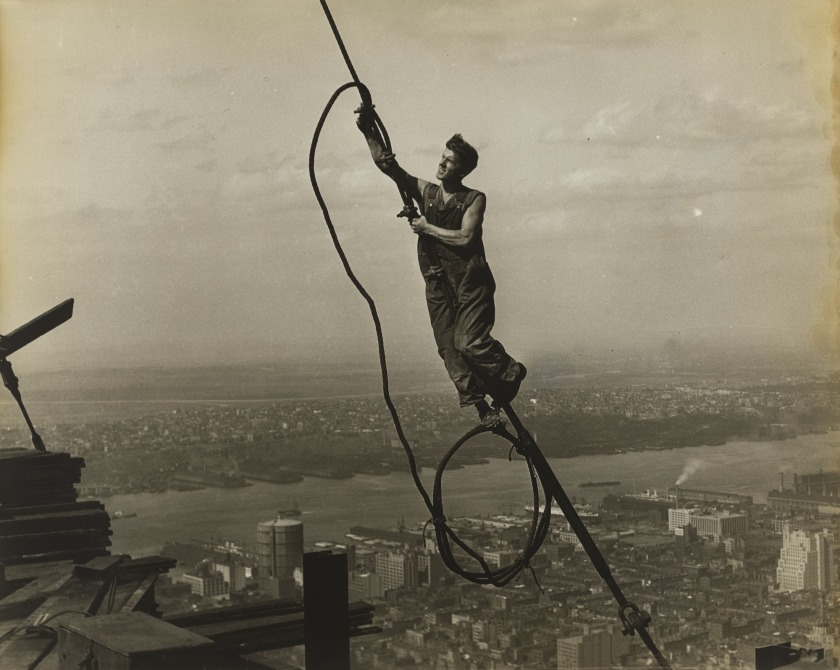 The Scriptures intend to show us that, to God, believing on Jesus as being sent from him is the very work of God.  Our believing this is to do his work, i.e. to work with God.

So many times when we read the Word we think our response should be that we endeavor to serve the Lord by working for him.  We think we should relate to God this way. So, when we read in Rom. 1:1 e.g. – “Paul, a servant of Jesus Christ, called to be an apostle, separated unto the gospel of God”, we automatically think this means to serve him by working for him.  But Jesus had a different idea to present to us in John 6:29: “This is the work of, that ye believe on him whom he hath sent.”

We should back up a little to see how the Chapter unfolds.  It begins with the Feeding of the Five Thousand, which happened when a laddie volunteered his bag lunch, which Jesus received with an affirming wink, to solve the hungry crowd problem.  Jesus multiplied the five loafs and two fish with a gonzo amount of left-overs.  The next day they find Jesus, wanting to capitalize on this mysterious food-maker  for another free lunch or more.  Jesus instructs them: “Labor not for the meat that perisheth, but for that meat which endureth unto everlasting life, which the Son of man shall give unto you.”

This rather terse correction completely confuses them.  Jesus has just introduced two eschatological (related to eternity) elements into the conversation.  First, the meat that endures to everlasting life, i.e. the food that sustains you forever.  Second, the Son of man will give you this food, i.e. that Old Testament prophetic figure in Daniel 7:13 (Christ) who approaches the Throne of the Ancient of Days (The Father).  Bewildered by this saying and the whole meaning of the Sign of the Loaves and Fish, they try to respond with a dumbed-down version of what they think he just said: “What shall we do, that we might work the works of God?”  ‘What is this God-labor thing we are supposed to do?’  I can see Jesus thinking: Ok, I can work with that, and answered: “This is the work of God, that ye believe on him whom he hath sent” (v. 29).

Notice that his answer wasn’t to just believe in some generic way, or to believe in God per se.  He is very specific: believe on him whom he has sent, e.g. whose glory we’ve beheld, who fullness and grace we’ve all received, and who came to ‘exegete’ the Father (Jn. 1:14-17).  If we go on in the Sixth of John we come to this conclusion: to believe on him is to ‘eat his flesh and drink his blood’ (Jn. 6:53), no exceptions.  This kind of faith in him is inspired of God and its exercise is the very work of God.  It is what God is doing (creating faith) and if you do what he is doing, you’re doing the work of God.  Eating ‘the meat which endureth unto everlasting life’ is a vivid way to speak of believing on Jesus.  This work of faith in Jesus will sustain your soul forever.  If you don’t eat this ‘meat’ you’re running on empty.

So to work with God by believing on Jesus sets in motion a synergy; it generates an incomparable dynamic.  I’m thinking of a hockey team I once played on with some hard-nosed guys.  Alan Mattson, our centerman, was amazing to be on the same line with.  I was left wing and he fed me passes where I scored goals like with nobody else.  At times the goalie was so faked out that all I had to do was push the puck into a really wide open net a Mack truck could’ve driven through.  It was this marvelous synergy.  Working with God is like that.  Together he makes things happen that could never happen otherwise.  Meanwhile, you discover your purpose: to work with God.

If we go further into the Gospel of John itself we come to John Five where Christ explains why the invalid thirty-eight years in his illness was healed instantly by Jesus simply saying, “Rise, take up thy bed, and walk” (5:8), which he did.  That reason is v.17, “My father worketh hitherto, and I work.”  He extrapolates on this to say, “Verily, verily, I say unto you, The Son can do nothing of himself, but what he seeth the Father do” (5:19).  Similarly over in John 14:12 Jesus sanctifies to us, and invites us, to do what he himself is doing: “Verily, verily, I say unto you, He that believeth on me, the works that I do shall he do also; and greater works than these shall he do; because I go unto my Father.”  If the Son can’t do anything on his own steam without seeing what his Father is doing, how much more true is it for us?

If we look in the wider field of Scripture we will arrive at the abundant and compelling testimony of others who worked with God.  Let’s observe the Apostle Paul who spoke about this marvelous synergy of working with God.  In Rom. 8:28 he writes, “And we know that all things work together for good to them that love God, to them who are the called according to his purpose.”  In that all things “work together for good” could only be the hand of God.  Again in Rom. 15:18 he writes, “For I will not dare to speak of any of those things which Christ hath not wrought by me. . . .”  Understand that Christ is working by Paul.  Then from I Cor. 3:9 we find, “For we are labourers together with God.”  They are fellow-workers with the Lord.  Notice the Greek Text uses sunergoi, or the ‘same-energy guys’.

In I Cor. 15:10 Paul, former persecutor of the Church, writes, “But by the grace of God I am what I am: and his grace which was bestowed upon me was not in vain; but I labored more abundantly than they all: yet not I, but the grace of God which was with me.”  The grace did the work, yet Paul worked.  In Eph. 6:10 we come to, “Finally, my brethren, be strong in the Lord, and in the power of his might.”  Excuse me, but our strength is whose strength?   The testimony of Phil. 2:12-13 is, “Work out your own salvation with fear and trembling.  For it is God which worketh in you both to will and to do of his good pleasure.”  You’re working (with trembling hand), yet God is working.  In Col. 1:29 the Apostle is preaching, warning, and teaching, to the point that he can say, “Whereunto I also labour, striving according to his working, which worketh in me mightily.”  What is working in Paul?   Finally, Paul calls Timothy in I Thess. 3:2, “our bother and fellow-worker with God”.

There is no comparison to a work partner like God.  Though we are drawn to work for God, the Lord invites us rather to work with him.  This is staggering grace and a privilege like no other.  Opportunity is poundin’ at your door; your ship has just come in; you done seen the light; do you dig?  So what are we going to do?  Can you in good conscience keep doing what you can do, or do what he’s doing?

In Martin Luther’s day there was an argument he dealt with about the Lord’s Supper.  Very briefly, his opponents said that the communion elements cannot be the very Body and Blood of the Lord because “the finite is not capable of the Infinite.” (cf. the Latin, “finitum non capax infiniti” in John Warwick Mongomery, In Defense of Martin Luther, [Milwaukee: Northwestern Pub. House, 1970],p. 83). But that misses the fact that Jesus really said, “This is my Body. . . . This is my Blood” (Mark 14:22-24), making it more than just a remembrance but also a means of grace.  And it’s relative to our subject in that God is pleased to do just the opposite of Luther’s critics: to make the “finite”, in this case, us, capable of the “Infinite” or of his working in us.  Talk about a watershed issue!  So, what kind of Gospel are you going to present; one of your own working, or of his working with you despite your frailties?

If we look into the OT and the life of Abraham, we discover this same truth found in John 6:29, “This is the work of God,that ye believe on him whom he hath sent.”  In Gen. 15 God and Abraham are discussing who his heir will be.  It’s not going to be Eliezer of Damascus “but he that shall come forth out of thine own bowels shall be thine heir” (v. 4).  He’s old and so is Sarah, so this promise is beyond them.  The Lord steps outside with him and invites him to ‘look at the stars with expectation’ (Hebrew habet, Hiphil imperative – ‘look with expectation and pleasure), “and tell the stars if thou be able to number them: and he said unto him, So shall thy seed be.”  For this Abraham had so yearned.

Now the next verse is critical to understand: “And he (Abraham) believed in the Lord; and he counted it to him for righteousness” (Gen. 15:6).  He looked with expectation and believed God about his as yet unreal future, his own son, from the mouth of the Lord, resulting in his justification.  Notice that, as Walter Kaiser points out, when he ‘believed’ God, the verb ‘to believe’ is in the Hiphil stem in the Hebrew Text.  He,emin,  bringing a causative sense to ‘believe’, means  Something ‘caused’ Abraham to believe.  It was God acting upon his soul and inspiring his faith.   This kind of believing meant God was not just the object of his faith but also the source of his faith.  His faith was a renunciation of human effort to make the promise happen, only to believe on the same One who had just gone on oath. (Cf. Walter Kaiser, Toward an Old Testament Theology [Grand Rapids: Zondervan Pub. House, 1978], p.92).

Fascinatingly, Paul gets at this very idea about faith.   In Rom. 3:26 he wrote, “To declare, I say, at this time, his righteousness: that He might be just, and the justifier of him which believeth in Jesus.”  The Greek Text literally says of the last phrase, “(God) justifying the one out of faith of Jesus.”  Now  Bauer, Arndt, and Gingrich show that this expression denotes origin, and the idea of ‘belonging to’ (cf. Bauer, Arndt, and Gingrich, A Greek- English Lexicon of the New Testament:, the preposition ’ek’ [Chicago: The University of Chicago Press, 1957], p. 234).  To catch Paul’s meaning, we could expand the translation to say this: “God justifies the one whose origin and source of faith flows from Jesus”.

Hmmm, sounds very much like Gen. 15:6 where for Abraham, God was the both the object and source of his faith.  Taken together, these two passages share the same working of God.  The One who inspired Abraham’s faith is exactly the same source that powers up the faith of the justified in Jesus. Mysteriously, amazingly, a synergy is at work here: believing on Jesus is working with God.  As it is written, “This is the work of God, that ye believe on him whom he hath sent” (John 6:29).

All this begs the question:  If God is the source of your faith, what else is he inspiring in your soul to do, to believe him for, that is beyond you, that is yet undone, and can only be addressed by faith?  You can continue to do the ordinary and coast into oblivion.  Or, will you dare to do what only God can do?  What would that be?  Could this become your pattern of life?  What’s stopping you?  Think and pray about that very carefully.  And then, work with God by ‘believing on him whom he hath sent.’