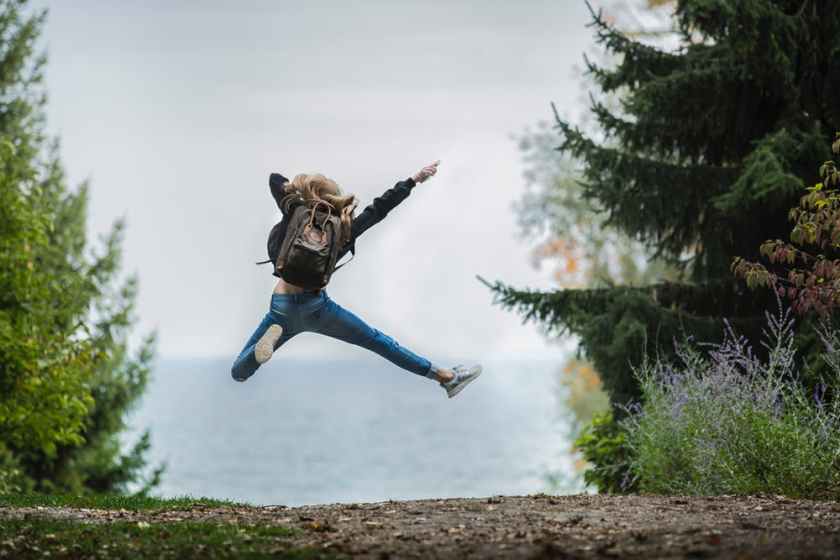 Jesus never rebuked anyone for having too much faith. But He sure scolded a lot of disciples for not having enough. He complemented a soldier saying He had not seen such great faith in all of Israel. Jesus knew this man had a grasp of an important kingdom principle because the centurion had commented that he understood that our Lord was under, and also in, authority. He perceived the authority of Christ coming from God the Father, the Creator of the universe. So when he asked for his servant’s healing, he did it in the faith that acknowledged Jesus’ ability and willingness to perform it. He just had the faith to ask.

There was a time some years ago when my wife Esa and I were having lunch at a popular restaurant in Nashville, Indiana, a well-known tourist town in the southern part of the state. The place is famous for its fry-biscuits, baked apple butter, sassafras tea, and good old-fashioned home cooking. Just when I was in the middle of the best ham sandwich I’d ever eaten, there was a commotion at the table next to us and an older man, with the aid of his wife, stumbled over to an empty space between the wall and the table where we were seated. He sprawled out on the floor on his back, gasping for breath, his eyes rolled back in his head. His wife was frantic. The other couple at their table scurried for help. I looked down at the man’s helpless prostrate form and then at his bewildered wife.

There was just no way I could sit there and eat my lunch and nonchalantly watch this man die right next to me. “It’s his heart,” his wife said looking up at me pleadingly. “This happened once before,” she said. “May I pray for him?” I asked. “I guess so,” she consented tentatively. “I have a niece who is a Christian Scientist,” she said. (I’m still not sure what that meant.) So I quickly knelt down beside the man, his breathing becoming more shallow and his complexion turning very pale.

I put a hand on his chest and began to pray with everyone in the crowded restaurant nervously looking on. All I said was, “Father, you said in your word that signs would follow those of us who believe, that we would lay hands on the sick and they would recover,” quoting from Mark 16. “I believe you are the healer and I’m just doing what you told me to do. Mister,” I addressed the man, “in the name of Jesus Christ, be healed and rise up and walk!”

I really had no expectation for what happened next except for the possibility of respectable looking folks trying to contain their derision. The man’s eyes opened. He had a startled expression on his face. His anxious wife was hovering over him and asking him if he was all right. I was positioned at his head in such a way that I looked upside down to him. But he looked me straight in the eye and a big grin came over his face. With color returning to his cheeks, he motioned impatiently for his wife to get out of his way. Then, in almost a single bound, he sprang to his feet, dusted himself off, then turned and grabbed my hand and shook it vigorously, saying, “Thank you, young man. You saved my life!”

I’m sure I was just as astonished as he was. The rest of the people in the restaurant returned to their meals as if nothing had happened. I sat back down to finish my ham sandwich and cole slaw. Later, as we walked down the sidewalk, I asked Esa, “Am I just dreaming, or did I just pray for a dying man back there in the Nashville House?” “You weren’t dreaming,” she said.  “And he was healed.”