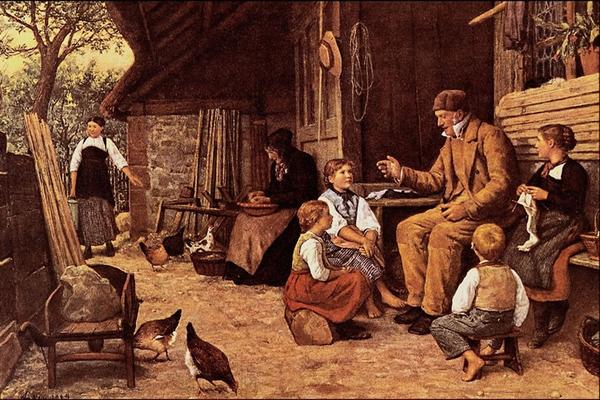 It’s difficult to gauge with accuracy what affect we have on those around us. Jesus spoke of fruit that remains (John 15:16). There are times when we find out long after the fact that something we said or did changed someone’s life. And that the change had eternal implications. Some of us may get to see the results of the positive influence we’ve had on someone. But we may never know the sum of the impact our lives has for the advancement of God’s kingdom. The Lord knows long before it becomes reality, who is going to come to know Him (Rom. 8:29). We, however, do not. It’s our job to be faithful, in season and out, just doing what we’re supposed to do. We are designed to be instruments that bring people to a redemptive relationship with Jesus by being who we are, children of God. Their paths are already marked out. They are going to get saved and then serve in their own particular ways.  It’s just good to be reminded that we are being used whether we realize it or not.

In a conference room on the top floor of a bank building in downtown San Juan, Puerto Rico, many years ago, I told a group of executives the story of how Christ saved me from destruction.  One gentleman came afterward for prayer. He told me how he had ruined his life with alcohol and had lost his wife and family and business. He prayed to receive Jesus as his savior and lord. I’ve done that with people in many different places. It’s impossible to remember them all. You don’t know how people are going to turn out when you go your separate ways, if they were just moved emotionally at the moment and will go on and walk with the Lord, or not.

Fifteen years after that, Esa and I returned to the island where I was the guest speaker at a similar gathering. The man in charge of the meeting told me there was a certain man there who had asked if he could introduce me to the audience and if that was all right with me. I told him that was fine. I figured the gentleman probably had read the notes about me in the program. But there was something familiar about this man as he began his introduction. He related the story of how, when he heard my testimony many years before, he knew that Jesus was the only answer. He told how he was delivered from alcohol addiction that very morning when I prayed with him and that months later, his wife and children came back home, his marriage was better than it had ever been and he had started a new business which was now quite successful. His eyes were moist with tears as he spoke, as were mine.

Serving the Lord is not the easiest thing to do because it involves sacrifice and serving people. Our service is effortless when we do it from a joyful heart, a labor of love and not of duty, representing the Lord as honestly as we can. Be encouraged in sharing your life message with those who come into your realm of influence (2 Cor. 3:3), one on one, day by day, being kind, merciful, compassionate, reflecting the image of Jesus. The fruit of your labor may remain hidden from you but there is One who sees and knows and will reward you some day, if not on earth, then in heaven. Your brothers and sisters in the body also respond to your faithfulness and are strengthened by your steadfastness and sincerity (Heb. 6:10). Your help is not lost on those around you or on the One who knows your heart.