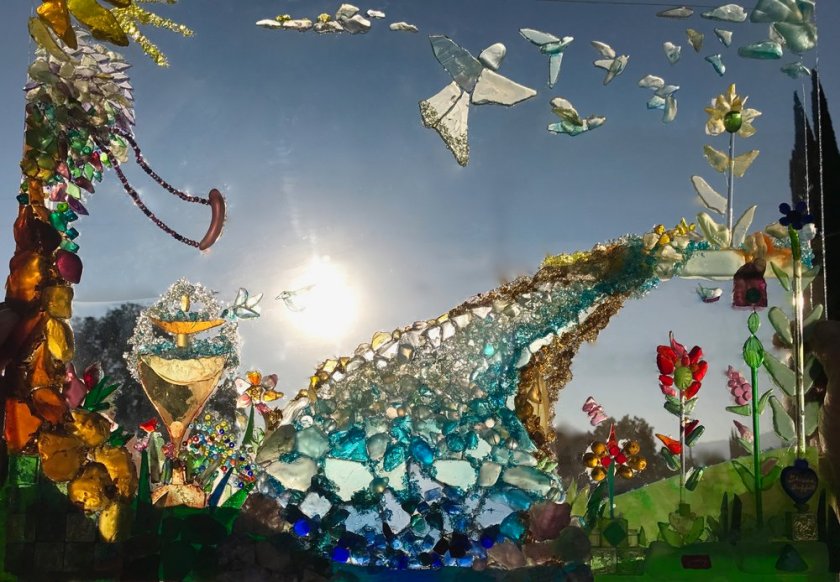 My wife Esa and I drove through West Des Moines, Iowa, where I spent my formative years. When I was a boy, our family lived out where town and country met. My buddy and I used to play in a patch of woods and a cow pasture just a stone’s throw from our homes. I was aware that the old building where I went to high school (my graduating class had 160 students) had been torn down and a newer, modern facility had replaced it. But I wasn’t prepared for the astonishment of seeing this new structure for the first time, a sprawling campus I could scarcely believe had the same name, Valley High School, as the one where I had experienced so many “Happy Days” memories. The town’s population had grown from 5,000 to 65,000. I would never have dreamed that the village where I grew up would have grown to be so big in so little time. Could anyone have foreseen such dramatic progress?

The Bible says that without vision, people perish (Prov. 29:18). Said another way, if we don’t keep our God-given goals and dreams in clear focus, we’ll begin to drift off course and not accomplish those things that are, deep down, most important to us. The writer of Hebrews said that because of the joy set before Jesus, he endured the cross, seeing beyond the pain and disgrace. He knew a better day was coming, that he would be seated at the right hand of God the Father. He knew where he was going and what it would take to get there. He knew what He had to do for our sakes.

Men and women down through history have seen a higher purpose and a greater good. They could see potential. The lives of many great men and women reflect a genuine desire to help other people. And that’s the best vision to have. If love is the motivation, then the vision has real value, a desire to make things better or more beautiful. The first and most difficult step is to identify your vision and have faith for it. People who spend the time to think through and pray about such things are far ahead of everyone else and usually end up leading others effectively. It takes a lot of courage to even express those dreams and visions in the first place.

I learned from my father what it means to see the bigger picture. When I was a high school student, my dad was the president of the local school board and had fought hard to buy a big chunk of farmland at a bargain price for the future site of Valley High. Back then it was accessible only by a dirt road. Other board members and city fathers were outraged that he wanted to put the school way out there, far from the center of town. Dad endured a lot of verbal abuse. But he persuaded enough of the community that the city was bound to grow out that way and, by the narrowest of margins, townsfolk agreed to the purchase. Having moved away, he never saw the new building or the rapid expansion of the town. He didn’t see what we saw as we drove around the complex of what is now, combined with the freshman class on a separate campus, the largest high school in the state. I could only imagine how satisfied my dad would have been had he been in the car with us beholding the fulfillment of what had been only a dream over forty years prior. A vision become reality.