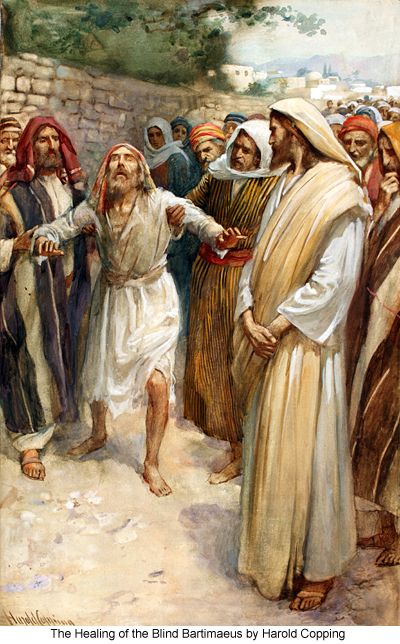 This is the fourth in a series about apostolic calling.

Our Lord’s signs in the Gospel Accounts are about two things: 1) When signs are believed, they generate faith in Jesus that saves, or 2) When rejected they signal a judgment that’s already begun. From the Book of Acts the Apostles’ signs would continue to set in motion these same two dynamics.

Those who believed Jesus and his signs and wonders were: the derelict, the diseased, the dying, and the dead. In other words, these were: the little, the least, the lost, the last, and the losers. Those who did not believe in signs were the respectable, the successful, and the winners who could not accept a grace that worked through failure, loss, and death, which is the only kind of grace there is. Jesus did not come to reward the rewardable, improve the improvable, or correct the correctable. He came to be the resurrection and the life for those who take their stand on a confession of death (cf. “Jesus, thou Son of David, have mercy on me” – blind Bartimaeus, Mark 10:47), Their testimony was not about apologies of wrong doing they could amend themselves or diseases they could overcome [cf. Robert Capon, The Parables of Grace, (Eerdman’s Pub. House: Grand Rapids, MI 1988) as a boil-down summary]. And those who could receive grace like that would find they could also send it on to others as well.

Concerning this, notice Matthew 10:8 where Jesus sent them out on their first mission, said to the Twelve: “Heal the sick, cleanse the lepers, raise the dead, cast out devils: freely ye have received, freely give.” This means that if you have been healed by Jesus, you can pass that on to someone else and heal them. If you’ve been delivered from an unclean spirit, you can deliver someone else who is bound. Interesting. Would that refer to us as well? As readers of Matthew’s Gospel, why would it not?

The way Jesus is presented in the NT is not what we find today. There is a problem in our presentation: we do not present him in an environment of signs and wonders. Hmmm, why is that? This is very important to ponder.