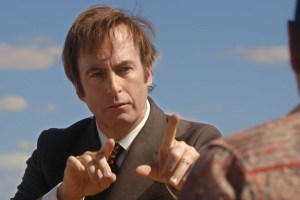 This is the sixth installment in a series on apostolic calling.

The Cross of Christ seems to have been planned by a negotiation which occurred before creation itself, first between the Father, the Son, and the Holy Spirit (Ephesians 1:4); and then between God and all of mankind (I Timothy 2:5-7).

Since this seems like a new word in biblical studies, let’s explore the word negotiate to see if it can conceivably connect with our greater subject of apostleship. For our purpose in the Word we can define it as: ‘The process of conference, discussion, and agreement in order to make a covenant or secure a trust.’ In the secular sense, to negotiate is simply a dialogue between groups to find agreement; for example: ‘If you do this, then I’ll do that.’ Or like this, ‘I’ll give you $1600 for your old ’64 Ford F100, and you give me a clear title. Okay?’ So let’s turn now to the Word to see if this negotiating exists.

I. God negotiates – Ephesians 1:4, 5 “According as he hath chosen us in (Christ) before the foundation of the world, that we should be holy and without blame before him in love: having predestinated us . . ..” The Holy Trinity must have held a conference to negotiate a plan amongst each other, of the implications of creating man in his own image with innocence and free will, along with the lie of the snake, the rebellion, the hostages, the remedy, and the chosen. It all pointed to a Cross and a people, before anything was even created.

II. Abraham negotiates – Genesis 18:16-33. In this passage Abraham pleads with God not to destroy Sodom and Gomorrah. His intercession is connected to his concern for his Nephew Lot who lives in Sodom. Abraham reasons with God to spare the cities, reminding him that he would never destroy the righteous with the wicked. He starts with a question: ‘Let us say, what if there were fifty righteous people here, will You spare it?’ And God agrees. This exchange gets repeated several times as he works God down carefully through the possible numbers: How about forty, or even thirty, what if only twenty righteous were found? This involved negotiation culminates with Abraham’s last hypothetical grouping: “Oh let not the Lord be angry, and I will speak yet this once: Peradventure ten shall be found there. And he said, I will not destroy it for ten’s sake.”

This was Abraham’s negotiation with God not to destroy Sodom and Gomorrah. It was his humble appeal to the mercy of God, who could be reasoned with, and because of the favor his negotiator (i.e. Abraham) had won with him, that this intercession even occurred. But the situation was so bad that the negotiation did not work. Not even ten righteous could be found. Lot and family had to be rushed out, and judgment began, with fire and brimstone falling from heaven that leveled the wicked homosexual cities of Sodom and Gomorrah.

III. Moses negotiates – In Exodus 32 Israel fashioned with their own hands the golden calf and then worshipped it as their god. Therefore the future of the Nation of Israel was hanging by a thread and the fury of God is about to boil over. Moses tries, not knowing if it will work, to make an atonement for their sin (Exodus 32:30-31). He puts himself on the line here, giving God an ultimatum: “Yet now, if thou wilt forgive their sin; and if not, blot me, I pray thee, out of thy book which thou hast written” (32:32).

Imagine that! Moses’ atonement was not an animal sacrifice per se, but an intercession of prayer, an apostolic-type negotiation where he represented Israel to God, and God to Israel. The terms: instead of Israel being judged, just judge Moses in their place. God did not go for it (but he would later, with his own Son – cf. Romans 8:32), but Moses’ negotiation worked. This was the grace of God being inspired in his humble servant, and Israel was saved from instant extinction. God had agreed, not to just send his Angel to go with them (33:2), he himself would dwell amongst his people (v. 14), which is something Moses said was non-negotiable (v. 15). But Moses was on a roll in this negotiation and asked God for more: ‘Let me see your glory’ (v. 18), and God agreed. Awesome. This was a spin-off blessing of Moses’ intercession for Israel, and a reward for the negotiation he had made between God and his people. But what would have happened to Israel if Moses had not known God, and had not been willing to intercede?

IV. Jesus negotiates – Hebrews 7:25 concluded that because of Christ’s ‘unchangeable priesthood, “Wherefore he is able also to save them to the uttermost that come unto God by him, seeing he ever liveth to make intercession for them.” In the style of the Book of Hebrews, we could summarize Christ’s work like this: the Old Covenant was inadequate (7:18), hostages were taken (all of mankind – 2:15), a price to redeem them was discussed (2:10), and a ransom was paid (9:14). The talking points of this negotiation were: sin, Satan, the Law of God, the plight of mankind, Jesus’ death by offering of his own blood on the altar of the Cross, his bodily resurrection which destroyed the devil who had the power of death, and faith in these.

Jesus, in apostolic fashion, was sent to the Cross to represent us to God and God to us. This reconciled us to God. In the ‘body of his flesh through death’ he could now present us to God as being nothing short of ‘holy and unblameable and unreproveable in his sight’ (Colossians 1:22). Again from Hebrews we read, “For by one offering he hath perfected for ever them that are sanctified” (10:14). This is all descriptive of his intercession for us, which we could also call his negotiation for us, the deal he cut for us. And he compromised nothing concerning the righteousness of God.

Notice the Parable of the Unjust Steward (Luke 16:1-9). The steward gets fired for embezzling, and now as a crooked bookkeeper, he reduced all the debts of his master’s debtors. He re-negotiated their bills so they could get out of debt. In this way he is like Christ who raises the dead. For he raised his master who now has money in the till, who observes his unjust steward as he manages to pull off this coup for himself, even in the thick of all his losses, and commends him. As Christ, he raised the unruly debtors who would only consent to do business with a crook who changed the books, a crook like themselves. So Jesus, the ‘Crook’, messed up or re-negotiated God’s Books about us forever. Jesus is a negotiator.

V. The Apostles negotiate – Luke 9:1-6. Luke recorded for us the details of the Mission of the Twelve. Notice these factors: 1) Jesus called them all together in a formal and direct way for the mission. This was different in that before this, they were along on Jesus’ mission but not engaged in bringing it. Now they were taking the lead. 2) Jesus gave them (a) power and authority over all devils; and (b) to cure diseases. 3) Jesus sent them [cf. Greek – ἀποστέλλω, ‘I send’] (a) to preach the kingdom of God; and (b) to heal the sick. These were the objectives of their mission.

There were some other details to follow as well. They were to travel light – ‘take nothing for your journey’: no walking stick [for mean dogs maybe?], no back pack, no bread, no money, only the clothes on your back, operate out of one home, but if rejected shake their very dust off your feet. The Apostolic Report afterwards: “They went through the towns, preaching the gospel, and healing everywhere.” Both their mission and their report are very telling: they are continuing Jesus’ very ministry of casting out demons, curing diseases, preaching, and healing – in every place. They did not have to cook up some lesser ministry than Jesus’ but the very. . . same . . . thing. He gave them “power and authority” to do all this. It was as if Jesus himself was there. They were sent to represent him by preaching and demonstrating what things are like when his Kingdom, God’s rule and reign, are in charge. It was very simple, but very profound.

Apostolic ministry involved negotiating, but never compromise. Notice: they were announcing the gospel or good news that challenged the existing terms and conditions of peoples’ bad news, their sicknesses, their diseases, and their devils, that things don’t have to remain as they have been. It’s within their reach for all this awfulness to change, if, if . . . they would receive these that Jesus sent (v.5). For to receive them was to receive Jesus himself (cf. John 13:20). That’s how much Jesus trusted them, and how much they represented him. The Apostles were to re-negotiate the terms of peoples’ suffering under the kingdom of darkness, for they represented a greater kingdom that could cast out the evil regime. It would take both healing and preaching (talking, conferring, discussing, agreeing, and even table-talk from eating together) to grasp the meaning of Jesus. But he meant this to all happen without him even being there. Only those whom he sent could negotiate for the hostages of sin in his name, and then actually bring the blessings of his kingdom and power over darkness.

VI. We negotiate – In Mark 8:36, Jesus is reasoning with his disciples, saying, “For what shall it profit a man, if he shall gain the whole world, and lose his own soul? Or what shall a man give in exchange for his soul?” He induces two questions which every person would have to answer in the same way: there is nothing that is equal to the value of his soul; except, that is, Jesus. And as I lose my soul in his behalf, it’s the only way to save it.

Jesus would negotiate for and save souls at the Cross, but Satan tricked Peter into trying to tell Jesus that he didn’t really have to go to the Cross (8:32). Jesus had to rebuke Peter by rebuking Satan, ‘who savors the things of men’ (8:33), like: Peter, you must rebuke Jesus about going to the Cross; get that idea out of his head. But Satan ‘does not savor the things of God’, like: the Son of man must suffer, be killed, and rise the third day. From this revelation we learn to trust Jesus, who would not save his own soul but went to the Cross. But if we insist on the preservation of our own life, which is Satan’s way, we cannot follow Jesus. He is the only thing worth more to us than even our own souls. I came alive when Jesus explained the worth of my soul to him (the Cross), and that, for him to save me from being ‘ashamed of him and his words in this adulterous and sinful generation’ (v. 38), I must lose my soul for his sake. For Jesus raises the dead and nothing less. I am not capable of resurrection faith if I do not lose my life with him. This is the reasoning, the negotiating that God has entrusted to us for the salvation of others. What a responsibility from him! What connectivity with him! What a privilege to work alongside him.