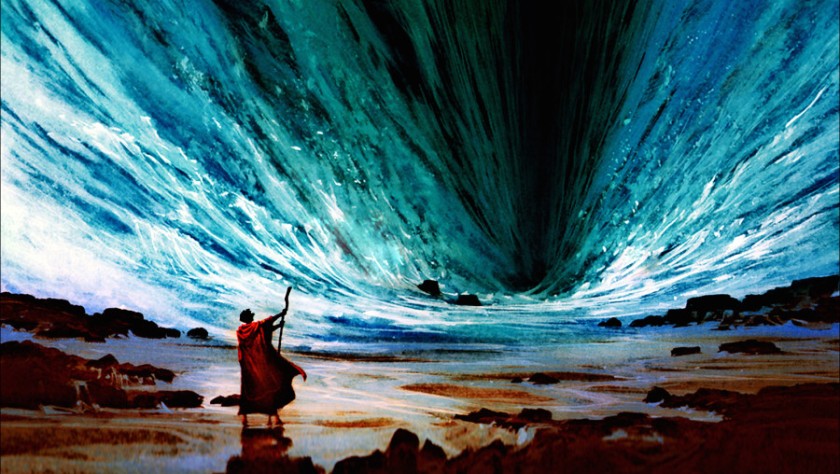 When the late John Wimber was born again and having read the New Testament the first time in his life, he said that, as a previously unchurched man, he expected he would go to church and “do the stuff,” that is, heal the sick, cast out demons and raise the dead. But that wasn’t his initial church experience. And he wondered to himself, “When are we going to do the stuff?” This article from Tim speaks to that very issue.

This essay hopes to answer this question: Since the miracles of Jesus brought awesome glory to God and inspired deep faith in those who read their account, as important as this is, should we conclude that this is the whole aim of God’s Word? Or is our Lord’s intent also to teach us by these how to enter into his ongoing ministry of healing and mighty works (which should in no way lessen the significance of the New Testament accounts)?

The 21st Century Church in the West feels the need to remind us that we owe much hand-wringing about people who do not receive miracles, that healings are the exception, and shouldn’t be really expected. In my circles we’ve hit the mute button as to why we don’t see much in the way of miracles today (what a bland way to say this!). Many report that they know a loved one who got no miracle and died. I grieve with you and don’t know how to tell that part of the story. To try to search that out is beyond me and the scope of this study, chiefly because, if we’re looking at the Bible, we can find no Gospel record to support such an inquiry (i.e., why healing failed to come). Furthermore, there is no account of Jesus denying anyone of healing or miracle in the New Testament documents. For us to conclude otherwise would be to present a false narrative. But our thinking about this subject is certainly colored by the times we live in. So let our goal will be to not judge Scripture by our experience; rather Scripture must stand as judge over our experience, our conscience, and our faith.

So let’s go into the Bible and observe Jesus’ first miracle. The setting invites us in as observers of a difficult moment. The social embarrassment was heart-wrenching, especially for the bride: they had run out of wine at the wedding. Jesus got dragged into this by his mother and he responded with an over-the-top solution: turning water into a gonzo amount of wine, and the best anyone could remember. The effect of the first sign, known only to the Twelve and the servers, is found in John 2:11: “This beginning of miracles did Jesus in Cana of Galilee, and manifested forth his glory; and his disciples believed on him.” This sets the tone for all other signs. The purpose of signs is to present the glory of Christ which generates faith; faith for repentance and faith to believe him for everything he promised. But note: biblical signs produced faith in some, but in others the judgment of God.

To get better acquainted with the word ‘miracle’ notice this simple overview of the Gospel of John, where he highlights just seven miracles or signs (Greek Text has σημείων) with several intense conversations in between. To help you lighten up I present these in rhyme: 1. The First Sign is Prophetic Wine (John 2:1ff). 2. The Second Sign is the Nobleman’s Time (John 4:43ff). 3. The Third Scroll (sign): Will you be whole? (John 5:1ff). 4. The Fourth Token (sign): Prophetic Bread broken (John 6ff). 5. The Fifth Sign see: the Lord’s walkin’ on Galilee (John 6:15ff). 6. The Sixth Sign is about a man born blind (John 9:1). 7. The Seventh Correction (sign): a friend’s resurrection (John 11:1ff). To this list John includes another, the greatest possible sign by definition to the human race: Jesus’ own bodily Resurrection from the dead as told by eye-witness accounts (John 20-21).

These miracles show Jesus engaging the impossible, the unsolvable, and the overwhelming sorrows of mankind with miracles. But these weren’t mighty works without significance (like growing hair on a billiard ball). These were ‘signs’ that pointed to a deeper actuality than the miracle itself. For example, as the 5,000 ate the boy’s five loaves and two fish, it pointed to Jesus himself as the ‘bread of life’, and that “Unless you eat of the flesh of the Son of Man and drink his blood, you have no life in you” (6:53). This saying was a very radical, graphic, but figurative way to describe what faith in Jesus is like. Or, the healing of the man born blind was a sign that pointed to Christ the ‘light of the world’ (9:5), which infers that, since he did that for him, what could he do about the blindness in me? The blind man represents me.

So Jesus’ signs have ‘sign’-ificance in that they point to an even greater reality. And that greater reality is eschatological, i.e. the signs hold a meaning that has a future beyond earthly timetables, and that enters into the ages to come. When Jesus did signs, it was another Kingdom breaking into this dark kingdom on earth, but ahead of time (not waiting for the end of the age).

Let’s review for a moment the salvation – or – judgment these seven signs point to: 1. Water into wine: the Kingdom of heaven is within reach now and worth celebrating -or- rejected in favor of the kingdom of darkness. 2. Healing the nobleman’s son: the power of Jesus’ word to save transcends time and space -or- to be regarded as a lie. 3. The healing of the man 38 years lame: we will walk in heaven which is breaking forth in part already -or- Jesus can’t make sense of my past like that. 4. Feeding 5,000 with a lad’s lunch: to believe in Jesus is to ‘eat his flesh and drink his blood’, by which you’ll live forever -or- continue to be dead if you don’t. 5. Jesus walks on Galilee: the Creator demonstrates his stuff, so walk with him right into paradise -or- don’t, and stay the same forever. 6. The blind man now sees:  what issues forth from Jesus’ mouth will heal my blindness eternally -or- I ain’t blind and don’t have any sin. 7. Jesus raises Lazarus out of his grave (and himself – John 2:19): he proves true what he said about raising you and me up on the last day -or- I know there is no resurrection and I ain’t joining your little club. The point is: to believe Jesus’ signs leads to salvation and inestimable gain; to reject them leads to judgment and inestimable loss.

Look more closely: when Jesus commanded the man who had suffered for 38 years with lameness to “Rise, take up thy bed, and walk” (John 5:8), though it happened in Jerusalem about 32 A.D. it also had an eschatological side that served as a foretaste of eternity in several ways. For, 1) Jesus intentionally ‘broke the Sabbath’ in healing him. This anticipates a time when a better Sabbath comes at the end of the age. 2) Jesus explained why the man was healed by saying he was working with “my Father”, as he put it (John 5:17), “making himself equal with God” (5:18), showing an eternal relationship with an eternal perspective that went into eternity itself, and bids us disciples to join him in this work. 3) Jesus healed an incurable disease and gave him back his legs, which points to a future time already breaking in when we will get a new body to walk with him in heaven. So Jesus’ signs were a little bit of heaven on earth.

The signs, which were eschatological events, were accompanied by Jesus’ message which was also eschatological. Notice this element in John 6:27 after he fed the 5,000 – “Labor not for the meat which perisheth, but for that meat which endureth unto everlasting life, which the Son of man shall give unto you.” Eternal life is given now and goes on into the future forever, and his signs fit that message.

Now here’s the challenge to us.  Our Lord said at the Last Supper to his disciples, “Verily, verily, I say unto you, He that believeth on me, the works that I do shall he do also; and greater works than these shall he do; because I go unto my Father” (John 14:12). He was addressing not only the 12 but also anyone who believes on him.  It is a sacred trust for us to engage in doing the signs and wonders he did.

Furthermore, he said in Mark’s Great Commission: “And these signs shall follow them that believe; In my name they shall cast out devils; they shall speak with new tongues; . . . they shall lay hands on the sick, and they shall recover.” (Mark 16:17). This would mean that all his mighty works were meant to be instructive for our learning, to do what he is doing. Similarly Paul spoke of his ministry in these terms: Christ worked by me “Through mighty signs and wonders, by the power of the Spirit of God” (Rom. 15:19). We arrive face to face with the Master who calls us to do what only he can do, signs that point to an even greater reality, the coming judgment day, one that’s rooted in eternity, till we slap ourselves and say, Why have I been living like this? Could I really present Jesus like this? Why do I defer this to some far off distant future? Is there a chance I could work with God like this? Would this not certainly lessen the significance of ‘my works’ whereby I try to find myself? Am I ready to lay all that down? Can I conclude, O to do mighty works with him!?  Did you ever want anything more than that?